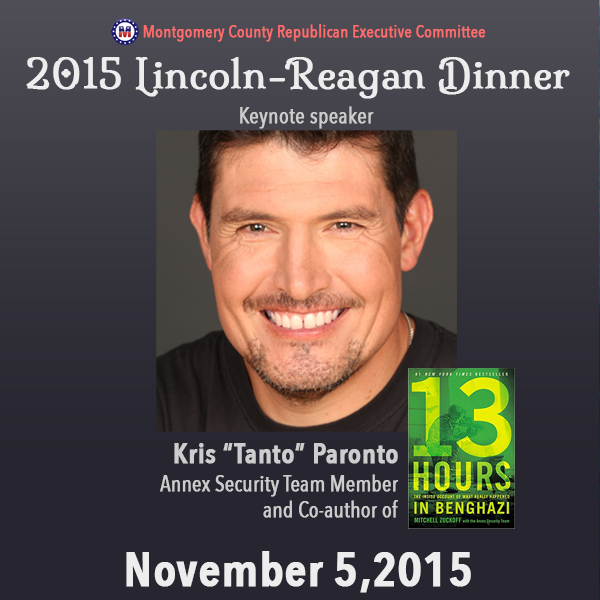 This year’s keynote speaker is Kris “Tanto” Paronto, a member of the Annex Security Team at the U.S. Embassy in Benghazi during the September 11, 2012 attack that killed U.S. Ambassador J. Christopher Stephens and several others.

Paronto, along with other members of the Annex Security Team, recount the events of that night in the book 13 Hours: The Inside Account of What Really Happened in Benghazi, which has been adapted into the movie 13 Hours: The Secret Soldiers of Benghazi, directed by Michael Bay and scheduled to debut January 16, 2016.

Hear Kris give his personal account of that night.

HOW TO GET TICKETS

You can select the quantity of tickets during checkout.

Print the event flyer and mail the bottom portion, along with your check made payable to “MCREC PAC” to:

Tickets will be mailed to you one week before the event.